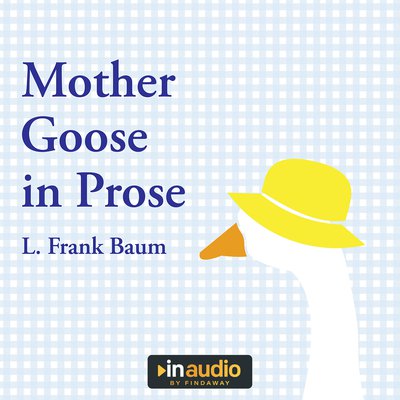 Mother Goose in Prose is a collection of twenty-two stories by L. Frank Baum (author of The Wizard of Oz). The stories are based on the Mother Goose nursery rhymes. Mother Goose’s legendary character was that of an older mother and grandmother who spent her days singing songs to her grandchildren and the other children in her town. Though the origins of this myth are disputed, Mother Goose is a classic character in children’s literature, often associated with nursery rhymes, or short poems and lullabies that are easy to recite or sing as lullabies, with loosely veiled references to historical events and figures.

This collection of stories was written as a way to give further literary background to common nursery rhymes. Each begins with the original rhyme, followed by Baum’s original story to expand on the characters and events within the popular poems. Some of the rhymes expanded include “Little Boy Blue,” “The Man in the Moon,” “Little Bo-Peep,” “The Woman Who Lived in a Shoe,” and “Little Miss Muffet,” among many others.