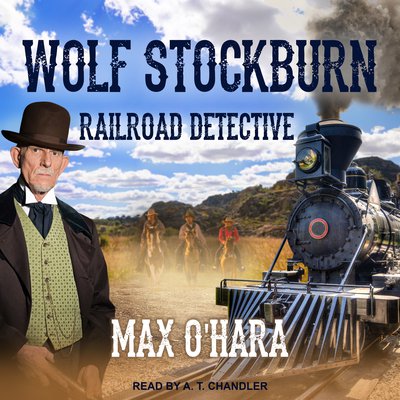 Introducing a rail-blazing new series set in the early days of the transcontinental railroad—when America headed west, outlaws climbed on board, and one man risked his life to stop them in their tracks . . .

The newspapers call them the Devil's Horde. A well-oiled team of cutthroat bandits who terrorize the Northern Pacific Railway on route to the coast through Dakota Territory. They dynamite the tracks, blow open the express car door, murder the crewmen, rob the passengers, and empty the safe of gold and cash. If Wells Fargo & Company can't find a way to stop the Devil's Horde, there'll be hell to pay . . .

Enter Wolf Stockburn. A tall rangy Scotsman who dresses like a gentleman but shoots like a cowboy, Stockburn learned his craft from a legendary gunfighter—and honed his skills as a Pony Express rider through hostile Indian country. Now the veteran Wells Fargo's detective will ride the rails from coast to coast. Make sure the train and its passengers reach their destination safely. And take down the Devil's Horde—one by one, bullet by bullet—the devil be damned . . .