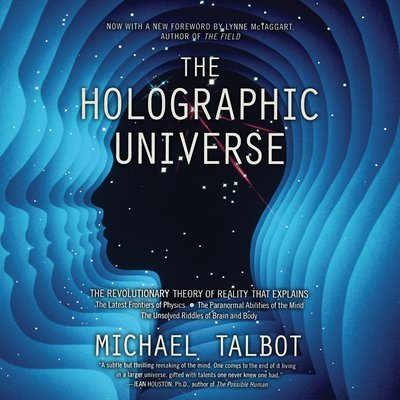 The Revolutionary Theory of Reality

Nearly everyone is familiar with holograms—three-dimensional images projected into space with the aid of a laser. Two of the world's most eminent thinkers believe that the universe itself may be a giant hologram, quite literally a kind of image or construct created, at least in part, by the human mind. University of London physicist David Bohm, a protégé of Einstein and one of the world's most respected quantum physicists, and Stanford neurophysiologist Karl Pribram, an architect of our modern understanding of the brain, have developed a remarkable new way of looking at the universe. Their theory explains not only many of the unsolved puzzles of physics but also such mysterious occurrences as telepathy, out-of-body and near-death experiences, lucid dreams, and even religious and mystical experiences, such as feelings of cosmic unity and miraculous healings. Now featuring a foreword by Lynne McTaggart, The Holographic Universe is a landmark work with exciting conclusions that continue to be proven true by today's most advanced physics, cosmology, and string theory.