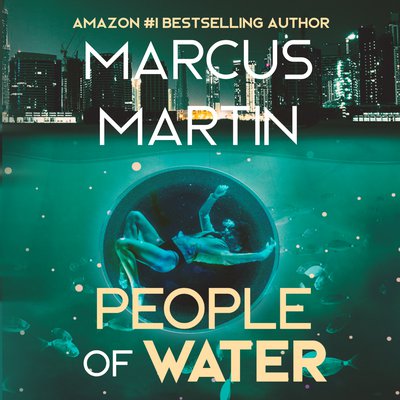 A Sci-Fi Thriller of Near Future Eco-Fiction

The evacuation was a trap. The life rafts are sinking and their bodies are mutating. A new species is being born, in pain and confusion, in the midst of a vast ocean.

Hidden from the world, their fate lies in Keala's hands. But as she tries to reach the mainland, hunters discover her trail. They can't allow the truth to escape…

Meanwhile, across the waves stands a laboratory. Unmarked and unregistered, reports of its activities have been ruthlessly suppressed. Luke's risking everything to get inside. But what lies in wait will change the world forever.

People of Water is a near-future sci-fi thriller. Bursting with twists, action, and dark humor, you'll be racing to the next page.

People of Water is part of the People of Change series, featuring the adventures of bungling journalist Luke Remini. Luke is a human disaster magnet. He's an under-developed man from an over-developed country.

Crude, inept, and woefully misguided, he's the hero nobody asked for.

Fast-paced, moving, and hilarious, the People of Change novels can be read independently and in any order. The series contains strong language, adult themes, and gripping characters. You're welcome.