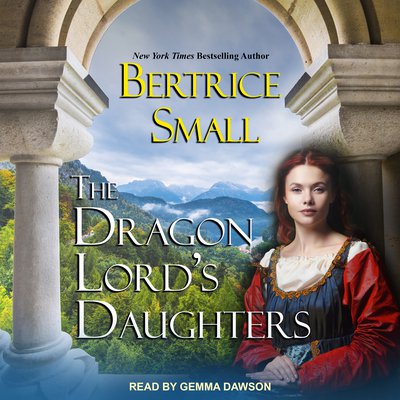 Averil: She may be the Lord's eldest—and illegitimate—daughter, but Averil knows her dazzling beauty can buy her what she wants most: marriage to a great and powerful lord. But fate has other plans in the rugged form of Rhys FitzHugh. Thinking her the sole heiress, the penniless bailiff kidnaps the beauty. Now, to salvage his honor, he must marry the openly hostile Averil and accept his greatest challenge—winning her love, her loyalty, and her trust . . .

Maia: As the legitimate heiress with a hefty dowry, Maia can have any man she chooses, namely Emrys Llyn, a descendant of Lancelot and the Lady of the Lake. But strange, dangerous rumors surround the handsome Emrys. Can her unwavering love prove his innocence . . . or will Maia suffer the same fate as Emrys's previous wives?

Junia: As charming as she is irrepressible, Junia is the Lord's youngest daughter. Junia is content to roam the countryside, where she can be alone with Richard de Bohun, who she meets and loves in secret. But he is the son of her father's sworn enemy, and loving him may cost more than she could ever imagine . . .