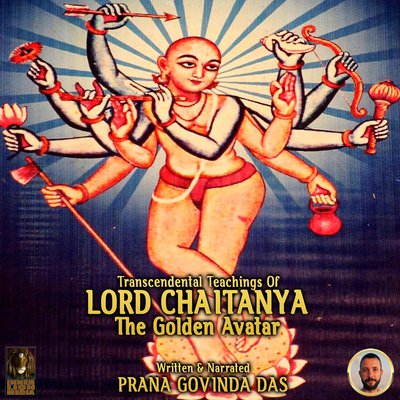 Noted internationally known Self-help advocate and teacher of devotional yoga Prana Govinda Das was born in Liverpool, England in 1968 admittedly a pretty good year for all things bright and beautiful. He says, "From as early as I can remember I had a unquenchable thirst for knowledge, and a desire to understand the true nature of man and this world we live in. I was also always seeking out people who could answer all the questions I had about life, the universe and everything."

After studying film production in the early nineties Prana was able to fulfill his lifelong desire to travel to India. admittedly his first trip changed his life completely and forever. "At that point," He recalls, "my thirst for material knowledge turned to desire to understand the spiritual side of life. For the next six years I returned frequently to, where I studied many different paths of Hinduism, Buddhism and other forms of yoga and meditation. However, even after learning and experiencing so much I was still left incomplete."

in 2001 during the young man's sixth trip to India, he travelled to Vrindavan, a holy town associated with Lord Krishna south of Delhi. It was there he met his spiritual guide, and mentor Srila Bhaktivedanta Naryana Goswami. Some twenty years on, Prana has been resident in his teacher's temples all over the world, particularly India, Australia, America, and Europe.

Welcome then to the inspirational, engrossing, all-inclusive teachings of Prana Govinda Das.