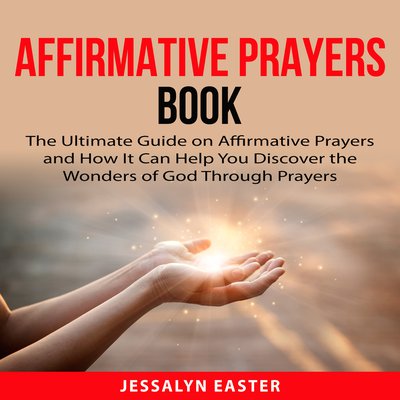 Most major religions use prayer in one way or another. A few ritualize the act of prayer, calling for a strict sequence of behaviors, while others teach that prayer might be exercised spontaneously by anybody at any time. There are many types of prayers like petitioner prayer, prayers of supplication, thanksgiving, affirmative and worship/praise. Prayer might be directed toward a deity, spirit, deceased individual, or lofty idea, for the purpose of worshipping, requesting counsel, calling for assistance, confessing sins or to express one's thoughts and emotions. Thus, individuals pray for a lot of reasons like personal benefit or for the sake of others.

This audiobook will teach you about the type of prayer called affirmative prayers which involves connecting with the spirit of The Higher Power inside and asserting positive beliefs about the wanted outcome. You will learn how affirmative prayer can help achieve everything you pray for.

This audiobook will cover the following topics: