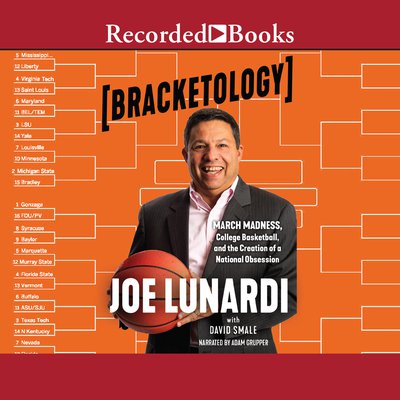 March Madness, College Basketball, and the Creation of a National Obsession

March Madness has become the pinnacle of college sports. Whether you’re hoping your Cinderella school dances its way to the Sweet 16 or one of the millions of Americans hoping to win their office pool, it all starts with the 68-team NCAA Tournament bracket. After all, there is no true Madness without the oft-debated question about what teams should be seeded where— from the Power Five blue blood with some early-season stumbles on its résumé to the mid-major that rampaged through its less competitive conference season. The inventor of Bracketology himself, ESPN’s Joe Lunardi, is here to reveal the mystery and science behind it all. While going in depth on the ever-evolving Bracketology formula, Lunardi lifts the curtain on the NCAA Tournament Selection Committee, detailing how it operates, the criteria it uses, and the data it analyzes while dispelling some of the major misconceptions. In Bracketology: March Madness, College Basketball, and the Creation of a National Obsession, Lunardi not only gives the current formula, but also compares great teams from different eras, talks to the biggest names in college basketball about their perception of Bracketology, and looks ahead to the future of the sport. After reading this book, you’ll understand why your alma mater is slated for a No. 1 seed in its home state, headed to the First Four in Dayton, Ohio, or about to have its bubble burst.