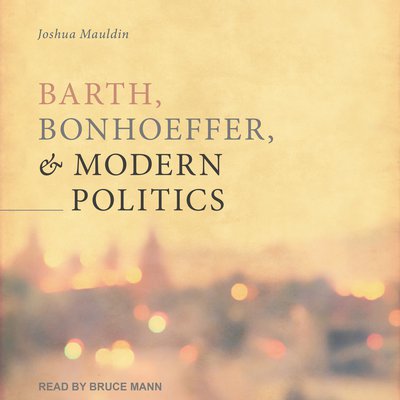 Recent political events around the world have raised the specter of an impending collapse of democratic institutions. Contemporary concerns about the decline of liberal democracy are reminiscent to the tumult of the 1930s and 1940s in Europe.

Karl Barth and Dietrich Bonhoeffer lived in Germany during the rise of National Socialism, and each reflected on what the rise of totalitarianism meant for the aspirations of modern politics. Engaging the realities of totalitarian terror, they avoided despairing rejections of modern society. Beginning with Barth in the wake of the First World War, following Bonhoeffer through the 1930s and 1940s in Nazi Germany, and concluding with Barth's post-war reflections in the 1950s, this study explores how these figures reflected on modern society during this turbulent time and how their work is relevant to the current crisis of modern democracy.