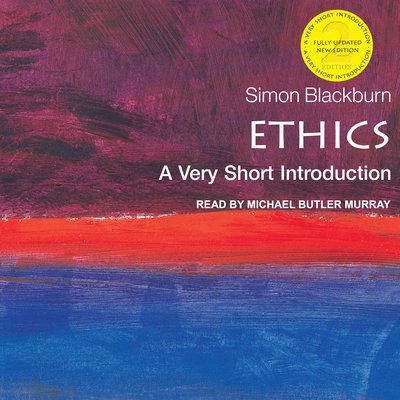 Our self-image as moral, well-behaved creatures is dogged by skepticism, relativism, hypocrisy, and nihilism, and by the fear that in a Godless world science has unmasked us as creatures fated by our genes to be selfish and tribalistic, or competitive and aggressive. Here, Simon Blackburn tackles the major moral questions surrounding birth, death, happiness, desire, and freedom, showing us how we should think about the meaning of life, and why we should mistrust the soundbite-sized absolutes that often dominate moral debates.

This second edition of the Very Short Introduction on Ethics has revised and updated aspects of the original to reflect changing times and mores. It highlights the importance of an understanding of approaches to ethics and its foundations, confronted as we are with a fluid and uncertain world of eroding trust, swirling conspiracy theories, and a dismaying loss of respect in public discourse.