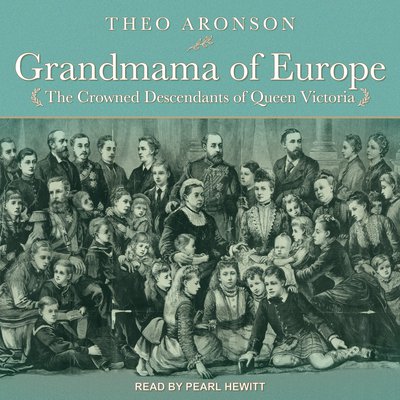 The Crowned Descendants of Queen Victoria

The family that shaped Europe's ruling classes in the twentieth century

Although rarely documented as the warmest of monarchs and often criticized for her surly attitude to motherhood, Queen Victoria did successfully heir nine children. By the late nineteenth century, she had over thirty surviving grandchildren.

Understanding the important role of marriage in upholding Britain's power and influence over Europe, Victoria inserted herself as somewhat of a royal matchmaker in her grandchildren's lives, recommending or despairing at their varied suitors.

In this comprehensive delve into Victoria's offspring, Theo Aronson describes the intersection of cultures as princesses with British upbringings experienced the courts of Spain, Romania, Greece, Russia, Sweden, Norway, and Denmark. He also explores how the queen's best intentions for royal diplomacy failed to prevent World War I but did, at least, have a significant influence on the absorption of British customs into other courts.