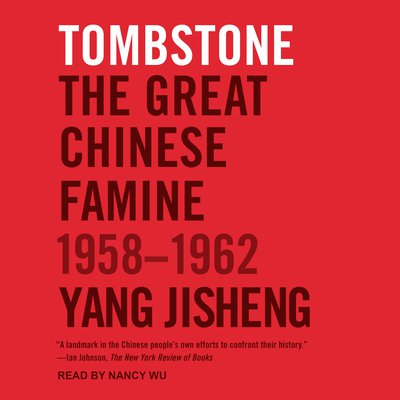 An estimated thirty-six million Chinese men, women, and children starved to death during China's Great Leap Forward in the late 1950s and early '60s. One of the greatest tragedies of the twentieth century, the famine is poorly understood, and in China is still euphemistically referred to as "the three years of natural disaster."

As a journalist with privileged access to official and unofficial sources, Yang Jisheng spent twenty years piecing together the events that led to mass nationwide starvation, including the death of his own father. Finding no natural causes, Yang attributes responsibility for the deaths to China's totalitarian system and the refusal of officials at every level to value human life over ideology and self-interest.

Tombstone is a testament to inhumanity and occasional heroism that pits collective memory against the historical amnesia imposed by those in power.