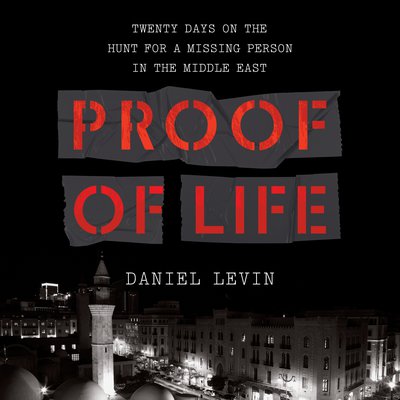 Narrated By: Will Collyer

A suspenseful and thrilling account by a hostage negotiator searching for a missing person in Syria over eighteen tense days.

Daniel Levin was at his office one day when he got a call from an acquaintance with an urgent, cryptic request to meet in Paris. A young man had gone missing in Syria. No government, embassy, or intelligence agency would help. Could he? So begins a suspenseful, shocking, and at times brutal true story of one man’s search to find a missing person in Syria over eighteen tense days. Levin, a lawyer turned armed conflict negotiator, uses his extensive Middle Eastern contacts to chase one lead to the next. In Beirut he meets with a powerful sheikh to learn who may have kidnapped the young man. In Dubai he has drinks with the king of the Captagon trade (the ISIS drug of choice that is fueling fighters in Syria and elsewhere) to learn why. His search takes him to a bar in Amman where men purchase women—girls, really—who have been taken from their families. Finally he will track down the truth.

We all know the horrific stories of Westerners kidnapped in the Mideast, but Levin dives into a true heart of darkness where reporters don’t have access—an underground world where arms, drugs, and people are for sale. He effectively captures the industry of war—the few who profit and the many who suffer—and his book is a study of power. It’s about how people use leverage to get what they want from one another, where no one does a favor without wanting something in return, whether it’s immediately or years down the road.

Daniel Levin is one of the few people with the access, expertise, and ability to tell this story. Proof of Life is a fast-paced thriller wrapped in a memoir, a must-read for anyone interested in international affairs, current events, the Middle East, or our growing number of forever wars. But it is by no means all dark. Daniel finds people of courage and kindness, people who retain their essential goodness and spirit despite what continues to go on in this part of the world.