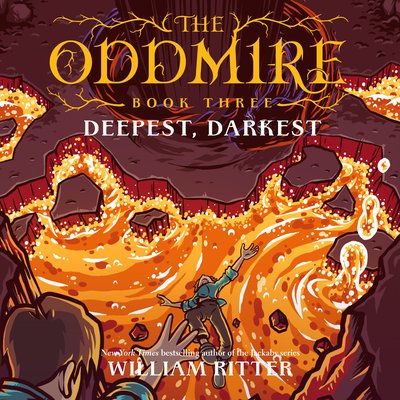 The third adventure in the beloved fantasy series full of folklore and mayhem, from the creator of Jackaby.

Brothers Cole and Tinn—one human, one a goblin changeling—are determined to solve a mystery almost as old as they are: What happened to their long-missing father?

Joseph Burton vanished without a trace, leaving the baby boys’ mother to raise them alone. Some say he abandoned his family, others that he met foul play looking for a way to get rid of the changeling imposter. Cole is determined to finally push through the rumors and learn his father's fate.

With the help of their friends—Evie, expert on the creatures of the Wild Wood, and Fable, the indomitable half human, half fairy—Tinn and Cole set out on a dangerous quest to the deepest, most deadly limits of the Wild Wood. Meanwhile a shudder runs through the forest. Increasingly powerful earthquakes shake the land, sinkholes form, and the spriggans, trolls, and other creatures along their path speak of an ancient evil on the rise . . .