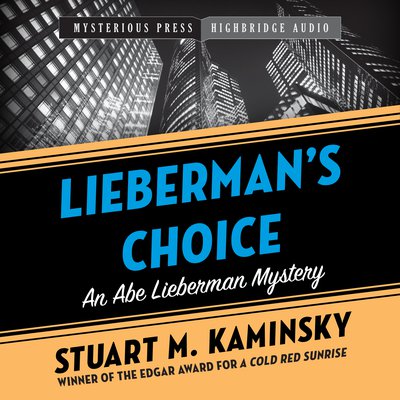 After killing his wife and her lover, an unhinged and heavily armed Chicago cop named Bernie Shepard barricades himself at the top of a high-rise apartment building and sends a message to the police: meet his demands, or he'll detonate enough explosives to blow the whole block sky high.

If it's a choice between chewing the fat at his brother Maish's deli or hunting down armed lunatics, world-weary veteran cop Abe Lieberman knows where he stands. But no one's giving him a choice. It's up to Lieberman and his longtime partner, Bill Hanrahan—a.k.a. the Rabbi and Father Murphy—to play Bernie's game, betting their lives on a madman's whim.

With a crazed cop holding "enough explosives to blow the North Side of Chicago to kingdom come . . . Kaminsky mines plenty of suspense" (The New York Times Book Review).