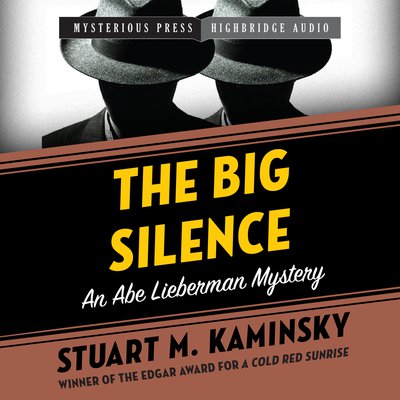 When the wife of a mob witness is killed and his teenage son is kidnapped, the ransom isn't cash—it's his life. The dead can't testify. If the witness kills himself, the mob will let his son live.

Now veteran cops Abe Lieberman and Bill Hanrahan need to protect their witness from himself while they turn Chicago's gangland upside down to save the kid. It doesn't help that Hanrahan is newly sober in AA, battling drink urges and the guilt of recently losing another informant. Lieberman has seen his partner at his worst with the booze and always had his back. But now both their backs are against the wall, and they'll need to rely on each other and make some hard choices to set this one right.

Grand Master of the Mystery Writers of America and Edgar Award Winner Stuart M. Kaminsky "has the pro's knack of combining quirky people, succinct descriptions, an eye for detail, and dark humor to produce entertainment at its best" (Chicago Sun-Times).