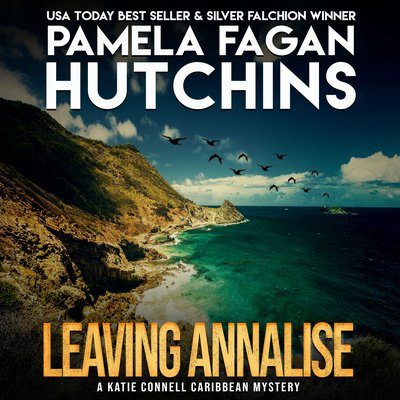 A What Doesn't Kill You Romantic Mystery

A new life on the horizon. An old flame at the door. When a dead body turns up in the freezer, Katie's island lifestyle turns stormy.

"Katie is the first character I have absolutely fallen in love with since Stephanie Plum!" -- Stephanie Swindell, Bookstore Owner

Katie Connell's new life in St. Marcos is cruising right along. She’s got a restaurateur boyfriend, a singing venture with her best friend, and a new streak of sobriety. Even better, she’s purchased a rainforest home that came complete with a centuries-old house ghost. With her legal career well behind her, she's hopeful her new chapter will lead her to happiness.

But when a man from her past enters the picture, a murder in her boyfriend's restaurant and a child in need throw everything into chaos. Forced to choose between the spirited house that saved her and a man who may just be the love of her life, Katie almost yearns for the simpler dramas she faced as a lawyer. Can she make the right choice without slipping back into the destructive ways of the past?

Katie has 4000 reviews and a 4.6-star average. Available in digital, print, and audiobook.

Leaving Annalise is the second standalone book in the Katie trilogy and book #2 within the fast-paced What Doesn’t Kill You romantic mystery series.

Once Upon A Romance calls Hutchins an "up-and-coming powerhouse writer." If you like Sandra Brown or Janet Evanovich, you will love USA Today Best Seller Pamela Fagan Hutchins. A former attorney and native Texan, Pamela lived in the U.S. Virgin Islands for nearly ten years. She refuses to admit to taking notes for this series during that time.