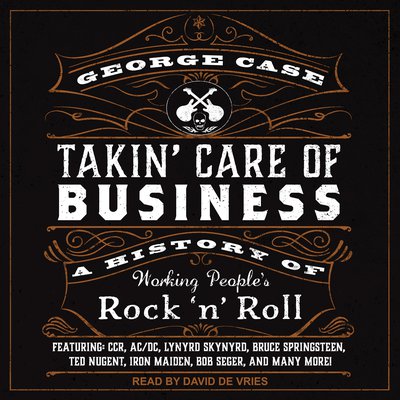 By the early 1970s, practically everyone under a certain age liked rock music, but not everyone liked it for the same reasons. We typically associate the sounds of classic rock 'n' roll with youthful rebellion by juvenile delinquents, student demonstrators, idealistic hippies, or irreverent punks. But in this insightful and timely book, author George Case shows how an important strain of rock music from the late 1960s onward spoke to and represented an idealized self-portrait of a very different audience: the working-class "Average Joes" who didn't want to change the world as much as they wanted to protect their perceived place within it. To the extent that "working-class populism" describes an authentic political current, it's now beyond a doubt that certain musicians and certain of their songs helped define that current.

By now, rock 'n' roll has cast a long shadow over hundreds of millions of people around the world not just over reckless kids, but over wage-earning parents and retired elders; not just over indignant youth challenging authority, but over indignant adults challenging their own definition of it. Not only have the politics of rock fans drifted surprisingly rightward since 1970; some rock, as Case argues, has helped reset the very boundaries of left and right themselves.