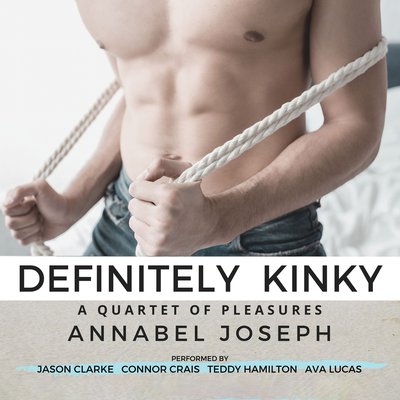 Series: A Quartet of Pleasures

Ruby's known the guys in her string quartet forever. There's Jonathan, the bossy lead violinist, and Steve, the cellist, who plays ref when they're at each other's throats. Then there's Ethan, the viola player. After five years, he's still a mystery: quiet, unassuming, and intensely dedicated to the music they create. Who would've thought he'd be the one to step up and comfort her after a wedding-reception gig goes haywire? Who would've thought they'd end up in each other's arms? And who would've thought he'd know how to tilt her world sideways using only his voice, his fingers, and a bundle of rope?