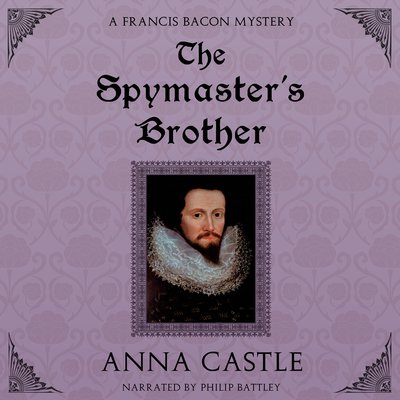 Anthony Bacon returns after thirteen years in France to live in his brother’s house at Gray’s Inn. Though seldom strong enough to leave his rooms, his gouty legs never hinder his agile mind. He’s built the most valuable intelligence service in Europe. Now the Bacon brothers are ready to offer it to the patron with the deepest pockets.

Then Francis finds a body lying near Anthony’s coach. The clues inside point to Anthony’s secretary. Worse, the murdered man had been spreading rumors that could destroy Anthony’s reputation.

Francis thinks his brother did it. Assistant Thomas Clarady thinks the secretary did it. As they investigate, they hear one story after another about what happened. Which is the truth? Can they sort through the lies before disaster strikes?