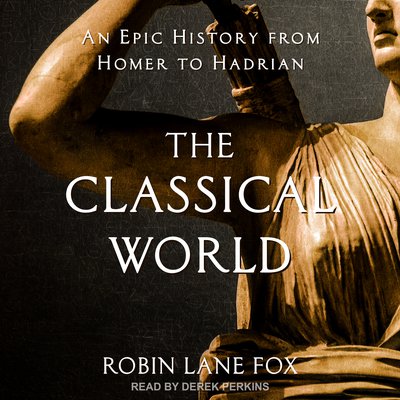 An Epic History from Homer to Hadrian

The classical civilizations of Greece and Rome once dominated the world, and they continue to fascinate and inspire us. Classical art and architecture, drama and epic, philosophy and politics—these are the foundations of Western civilization. In The Classical World, eminent classicist Robin Lane Fox brilliantly chronicles this vast sweep of history from Homer to the reign of Augustus. From the Peloponnesian War through the creation of Athenian democracy, from the turbulent empire of Alexander the Great to the creation of the Roman Empire and the emergence of Christianity, Robin Lane Fox serves as our witty and trenchant guide. He introduces us to extraordinary heroes and horrific villains, great thinkers and blood-thirsty tyrants. Throughout this vivid tour of two of the greatest civilizations the world has ever known, we remain in the hands of a great master.