House on Hoarder Hill, The 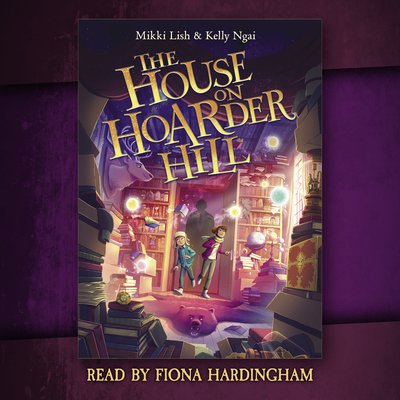 House on Hoarder Hill, The

Series: House on Hoarder Hill, The

When siblings Hedy and Spencer are forced to spend time with their reclusive and eccentric grandfather, they find themselves on
a quest to solve the mysterious disappearance of their grandmother decades earlier.
Searching for clues, they'll uncover dangerous secrets from their grandfather's past as a magician, because in the house of a
magician you never know what - or who - you will find. Soon they will discover that, like Grandpa himself, the house possesses not
only secrets, but also real magic.
Hidden in the labyrinth of his belongings are the clues to solving their family's biggest mystery: the disappearance of their
Grandma Rose. Searching for clues in Grandpa's house unveils long-forgotten enchantments, surprising foes and a few
unexpected friends. Using their ingenuity, bravery, and new-found belief in magic, Hedy and Spencer must search for the truth
behind Rose's disappearance and attempt to heal the family rift that may finally set their grandmother free.