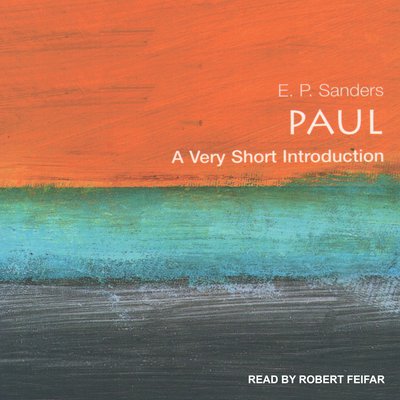 Missionary, theologian, and religious genius, Paul is one of the most powerful human personalities in the history of the Church. E. P. Sanders, an influential Pauline scholar, analyzes the fundamental beliefs and vigorous contradictions in Paul's thought, discovering a philosophy that is less of a monolithic system than the apostle's convictions would seem to suggest.

This volume offers an incisive summation of Paul's career, as well as his role in the development of early Christianity.