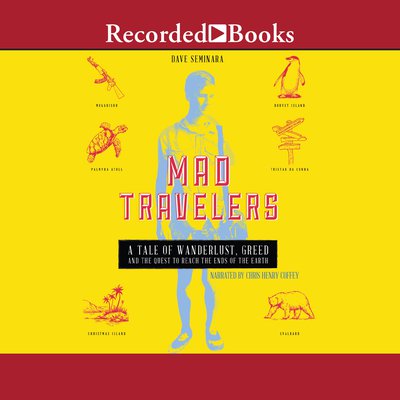 A Tale of Wanderlust, Greed and the Quest to Reach the Ends of the Earth

A brilliant, young con artist offered to help the world’s most traveled people reach the planet’s last untouched frontiers; instead, they were taken for a wild ride that turned into a costly lesson on the perils of wanderlust. At twenty-three, William Simon Baekeland was well on his way to becoming the world’s best traveled person. The “billionaire” heir to a great plastics fortune had already visited 163 countries, but his real passion was finding ways to visit the world’s most challenging destinations—war torn cities, disputed territories, and remote or officially off-limits islands at the margins of the map. He earned rock-star status in the world of extreme travel by finding ingenious ways to bring the world’s most widely traveled people to difficult-to-reach and forbidden places. But when his story began to unravel, an eccentric group of hyper-well-traveled country collectors were left wondering how they had allowed their obsession to blind them to the warning signs that William Baekeland wasn’t who they thought he was. Mad Travelers: A Tale of Wanderlust, Greed and the Quest to Reach the Ends of the Earth delves deep inside the subculture of country collecting, taking readers to danger zones like Mogadishu and geographical oddities like Norway’s nearly impossible-to-reach Bouvet Island. Along the way, this raucous tale of adventure and international intrigue illuminates the perils and pleasures of wanderlust while examining a fundamental question: why are some people compelled to travel, while others are content to stay home? Mad Travelers is a perceptive and at times hilarious account of how the pursuit of everywhere put the world’s greatest travelers at the mercy of a brilliant young con man.