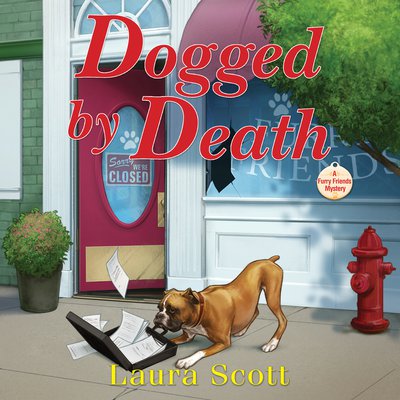 Ally Winter is going through a ruff patch. The thirty-something veterinarian lost her fiancé, her clinic, and her savings in rapid succession. So when Ally's grandfather undergoes hip-replacement surgery, she moves back to Willow Bluff, Wisconsin, to care for him. She arrives home, tail between her legs, only to find sleazy lawyer Marty Shawlin murdered in his home office. And the only witness was Marty's faithful boxer, Roxy. Quick as a greyhound, Noah Jorgensen is on the case. The good news is that he's the best detective around. The bad news, at least the way Ally sees it, is that Noah is still just as fetching as he was back in high school. He also just happens to have witnessed every embarrassing incident that befell accident-prone Ally—including the fire-ant attack that set tongues wagging and won her the unshakable nickname Hot Pants. Meanwhile, true-crime aficionado Gramps fancies himself a sleuth, and he is doggedly determined to sniff out the culprit himself... with Ally's reluctant help, of course. Ally has no choice but to team up with Noah—and the irrepressible Roxy—to solve the case while keeping Gramps on a short leash. Ally had better learn some new tricks, lickety-split, because if she can't bring the killer to heel, she won't just be playing dead.