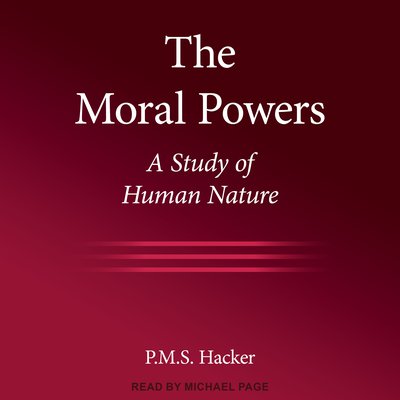 A Study of Human Nature

The Moral Powers: A Study of Human Nature is a philosophical investigation of the moral potentialities and sensibilities of human beings, of the meaning of human life, and of the place of death in life. It is an essay in philosophical anthropology: the study of the conceptual framework in terms of which we think about, speak about, and investigate homo sapiens as a social and cultural animal. This volume examines the diversity of values in human life and the place of moral value within the varieties of values. Acting as the culmination of five decades of reflection on the philosophy of mind, epistemology, ethics, and human nature, this volume:

The Moral Powers: A Study of Human Nature is a must-listen for philosophers, ethicists, psychologists, neuroscientists, and anyone wanting to understand the nature of value and the place of ethics in human lives.