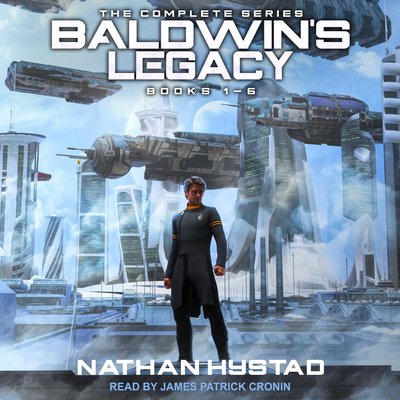 Confrontation: Thomas Baldwin has been appointed captain of the state-of-the-art cruise ship Constantine, named after his heroic grandfather. When their first diplomatic mission turns deadly, all signs point to the return of a former adversary, one the Concord claims to have defeated five decades earlier.

Unification: The Concord is in shambles after the return of the Statu, but under the guidance of the Zilph'i, trust is slowly being rebuilt.

Culmination: Captain Thomas Baldwin and the crew of Constantine have saved the Concord from the Assembly, and are tasked with bringing them to prison.

Hierarchy: Captain Thomas Baldwin has made a name for himself in a short period of time. The Statu have finally been defeated, and the Concord has Tom and his crew to thank for the victory.

Lineage: Thomas Baldwin transfers to Ridele, the capital of Nolix, and the center of the Concord political arena. He must navigate the new role, while his former crew sets off on an important mission without him.

Legacy: Admiral Thomas Baldwin has more to live for after the recent news. All eyes are on him as the biggest war in Concord Space history begins in earnest.