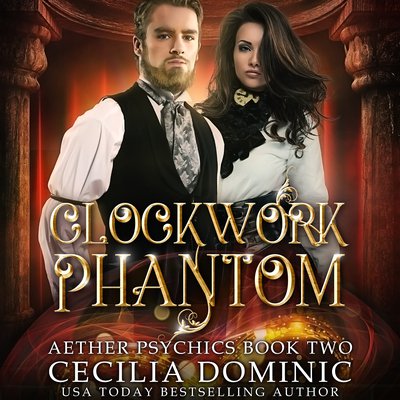 Everyone wears a mask. But the deadliest secrets hide in plain sight.

Marie St. Jean’s supreme acting talent comes with a price: Every spellbinding performance extracts a piece of her soul. When she reluctantly steps into a role abandoned by another leading lady, she encounters the ghostly spirit that caused the other woman to flee in terror. And who promises to fix Marie’s affliction – for a price.

Marie’s other problem – her attraction to alluring violinist, Johann Bledsoe, a temptation she dares not explore. However, with the Prussians surrounding Paris, she is well and truly trapped.

Johann left disgrace and his gambling debt behind in England, but a murder outside the Théâtre Bohème makes him fear he’s been exposed. He’d love nothing more than to claim Marie as his own, but after the siege is over, his past will catch up to him again.

Under the baleful eye of steam-powered ravens, more murders drive Marie and Johann closer to the truth of what really lurks below the stage, and what dangers hang over their heads. Their only hope could lie in exposing their darkest secrets—and surrendering to the Eros Element in a way that could push them irretrievably close to the edge of madness.

Clockwork Phantom is the second book in the Aether Psychics, a thrilling steampunk series with puzzling mysteries and hints of magic. If you like historical mysteries with a scientific – or is it supernatural? – twist, then you'll love Cecilia Dominic's Aether Psychics series.