Galaxy To Conquer, A 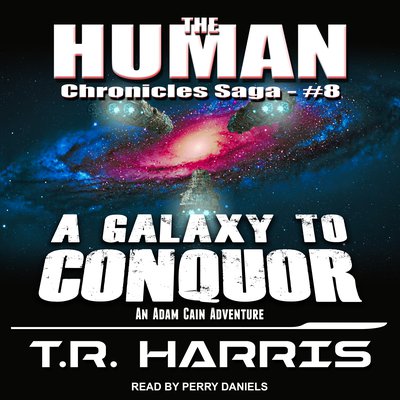 Galaxy To Conquer, A

Adam Cain is an Alien with an Attitude . . .

As all the great forces in the galaxy gather for one final, epic battle to determine who will rule the Milky Way, massive star fleets from the Juireans and the Humans converge on ground-zero—the Kracori homeworld of Elision. Against such overwhelming firepower, it's a given that Elision will be destroyed—unless the Kracori and their reluctant allies, the Klin, can mount a surprise end-around defense of the planet. At stake in this galactic free-for-all is nothing less than the survival of the all the species involved. Fail . . . and your race dies as well.

And racing the clock ahead of the coming conflagration is Adam Cain and his team of aliens and ex-Navy SEALs, up to their necks in danger and adventure as they attempt the rescue of Riyad Tarazi from a Kracori prison—before all hell breaks loose on the planet Elision.

For this desperate mission, Adam has recruited many of his old friends from past adventures, including the aliens Kaylor and Jym. And of course, the feisty and always vivacious Sherri Valentine is along as well, bringing with her a unique, down home Kentucky brashness that readers in the past have found 'humanizing' to the Saga.