Splinter on the Tide 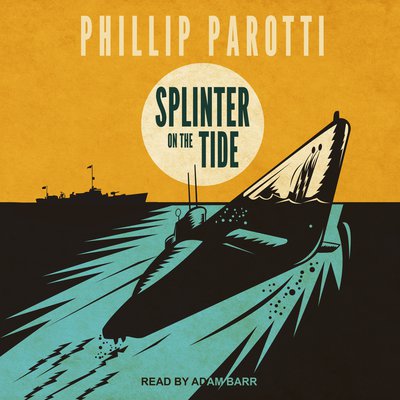 Splinter on the Tide

Having survived the sinking of his first ship, Ensign Ash Miller USNR is promoted and assigned to command one of the sleek new additions to "the splinter fleet," a 110-foot wooden submarine chaser armed with only understrength guns and depth charges. His task is to bring the ship swiftly into commission, weld his untried crew into an efficient fighting unit, and take his vessel to sea in order to protect the defenseless Allied merchant vessels which are being maliciously and increasingly sunk by German U-Boats, often within sight of the coast.

Ash rises to the deadly challenge he faces, brings his crew of three officers and twenty-seven men to peak performance, and meets the threats he faces with understated courage and determination, rescuing stricken seamen, destroying Nazi mines, fighting U-Boats, and developing both the tactical sense and command authority that will be the foundation upon which America's citizen sailors eventually win the war. During rare breaks in operations, Ash cherishes a developing relationship with the spirited Claire Morris who embodies the peaceful ideal for which he has been fighting.