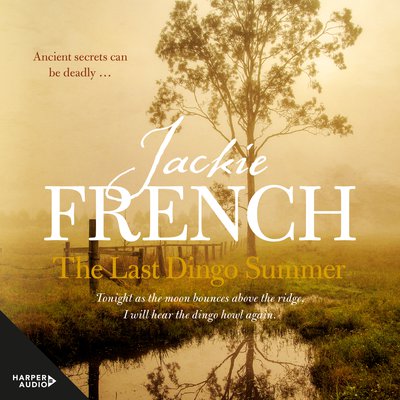 -- New Idea on Facing the Flame (The Matilda Saga, Book 7)

A body has been found in the burned-out wreckage of the church at Gibber's Creek -- with older skeletons lying beneath it.

The corpse is identified as that of Ignatius Mervyn, the man who attempted to kill Jed Kelly and her unborn child.

Newcomer Fish Johnstone is drawn into the murder investigation, convinced that the local police are on the wrong track with their enquiries. But as she digs beneath the warm and welcoming surface of the Gibber's Creek community, more secrets emerge.

And Fish must also face her own mystery -- the sudden appearance and then disappearance of her father, a Vietnamese refugee she never knew.

Set during the Indigenous rights and 'boat people' controversies of the late 1970s, this haunting story shows how love and kindness can create the courage to face the past.

PRAISE FOR THE MATILDA SAGA

'The perfect read for anyone who loves immersing themselves in Australian fiction. Gripping, emotional and moving, Facing the Flame is a great book to curl up with on a warm spring night.' -- New Idea

'Highly recommended ... this was a complete binge, read in one night because it was just too good and too gripping to put down ... a cracking story filled with rich characters both old and new and imbued with all that we hold dear about Australian love of country and mateship' -- ReadPlus