Attention Implies the Total Abandonment of the "Me" – Santa Monica 1971 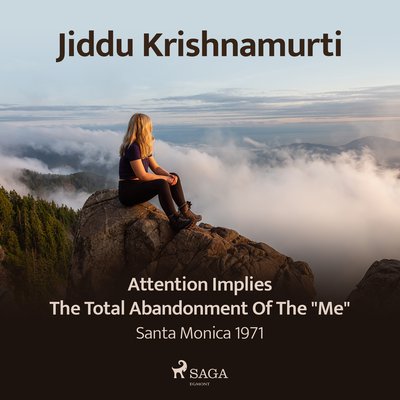 Attention Implies the Total Abandonment of the "Me" – Santa Monica 1971

This talk: Attention Implies the Total Abandonment of the "Me" – 6 March 1971.

• Can the mind undergo a radical revolution?
• How do you observe the world?
• What solves our human problem is observing the whole process of ourselves without judging, condemning, translating or rejecting – just to observe.
Question topics following the talk include: being disturbed in order to know, being confused, transcendental meditation.