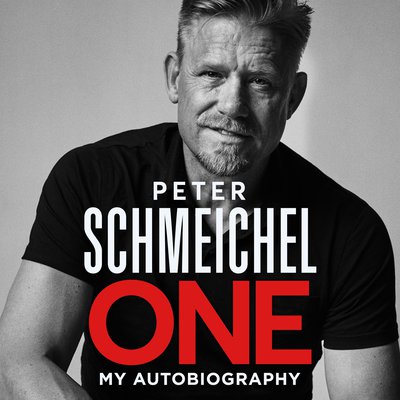 The autobiography of one of the greatest goalkeepers of all time.

Peter Schmeichel is an undisputed giant of the global game -- and One: My Autobiography is his story. As a serial winner and larger-than-life character with Manchester United and Denmark, he rivalled Gordon Banks and Lev Yashin as the world's greatest goalkeeper. Sir Alex Ferguson, having paid just £505,000 to sign him in 1991, hailed him as 'the bargain of the century'.

Schmeichel would become a key figure in United's successes during the ensuing decade, starting with a first domestic league title in more than a quarter of a century. His silverware spree culminated when he captained Ferguson's side in the incredible, last-gasp Treble-clinching win over Bayern Munich in the 1999 Champions League final.

In One: My Autobiography he delivers the inside track on that crazy, breathless night in Barcelona and on Old Trafford's galaxy of stars, including Eric Cantona and David Beckham, not to mention United's visionary manager.

However, Schmeichel's story is no mere litany of triumphs and household names. He tells how he nearly died aged 15, and recalls a turbulent relationship with his father, an alcoholic Polish musician. His life after football, seldom straightforward, is explored with astonishing candour.

Peter's own son Kasper emulated him by winning the Premier League with Leicester and taking over in Denmark's goal. It is a proud legacy, ensuring that One: My Autobiography is actually the story of two great goalkeeping Schmeichels.