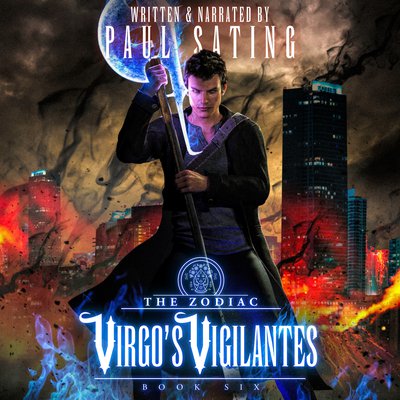 Threatening the powerful is like setting the countdown clock on a bomb.

I was left to rot in the human world. Not a perfect way to live the last days of your life. When Lucifer's ruling body brought me back to Hell, I hoped I'd earned a second chance.

Home. Where harpies harass pedestrians out of spite. Where magic rules. Where demons can't die. And where I can lead rebel cells against Hell's rulers.

Turns out, petty politicians aren't willing to let an 'enemy of the state' live in peace. Framed for murder, they practically accused me of bringing about Armageddon. How? I'm not even capable of getting a date!

Setting me up for a battle to the death against the last demon I ever wanted to fight, they set a new low bar for vengeance. I wish I could say that was the last of their surprises, but I'm terrible at spotting sucker punches and those cheaters were wearing brass knuckles.

Now, do I fight back or get beat down for good?

Only idiots make enemies of demons who can set the human world ablaze with the flick of a finger. Mortals should be thankful I'm not that smart.

What happens when you stand up to those who want you dead? Against those who would crush the world? It's time to find out.

Virgo's Vigilantes is the sixth book in The Zodiac Series.