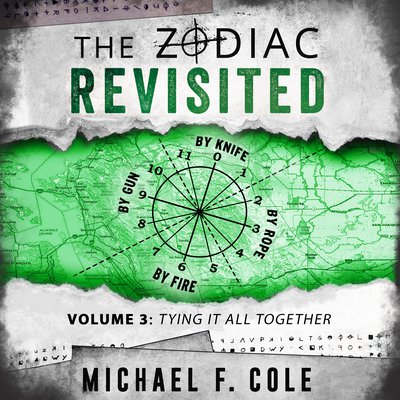 In December of 1968, a serial killer began orchestrating a campaign of terror in the San Francisco Bay Area. Not satisfied with the simple act of murder, he taunted law enforcement and the public by writing letters to local newspapers. Through often cryptic and bizarre content--including four ciphers, three (now two) of which have never been solved--the psychopath played a twisted game. Reporters dubbed the man the "Cipher Killer," but the murderer chose a different name for himself: the Zodiac. Eventually, he would claim to have murdered thirty-seven. Law enforcement, however, could only account for five.

In 1971, authenticated communications with the Zodiac ceased. The elusive fugitive resurfaced briefly three years later, sending a small number of communiqués, before disappearing for good. What started out with shocking abruptness slowly dissolved into mysterious uncertainty. To this day, the Zodiac's true identity remains one of the twentieth century's greatest mysteries...

In the final volume of The Zodiac Revisited, Michael uses the insights developed in Volume 2 to reexamine the killer's letters and crimes as well as the possibility that the killer committed a series of murders in Southern California.