Female Ejaculation and the G-Spot 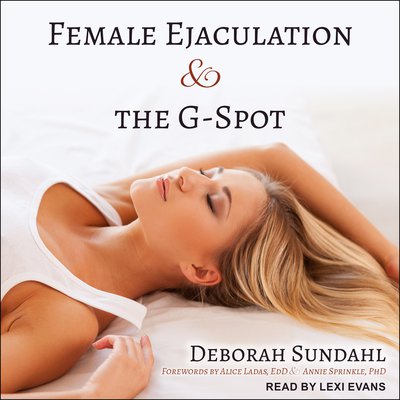 Female Ejaculation and the G-Spot

The first edition of Female Ejaculation and the G-Spot was meant to raise awareness about the phenomenon of female ejaculation and resurrect a now lost wonder, as well as the mystery surrounding this aspect of female sexuality. The second edition of the book promises to do even more through its mindful approach to awakening the sensations of the G-spot, and in offering a gentler and safer method that Deborah developed to enable a woman to have more control over her ability to ejaculate.

The revision also includes more testimonials from workshop participants, an interview with a sexual healer, and an expanded list of outside references, resources, product makers, and tantra teachers. Sundahl summarizes and explains new information that has come to light regarding the G-spot, paying special attention to the renamed and researched PC muscles, and new "find, see, and feel" techniques for ejaculating with a partner. She has also added new information to her section on men's role in female ejaculation, updating findings on men's sexual tastes. With its new features meant to enhance Sundahl's original empowering and healing message regarding female sexuality, the second edition of Female Ejaculation and the G-Spot helps listeners appreciate the wonders and healing potential of female ejaculation.