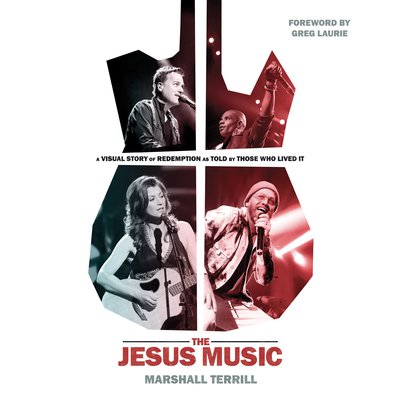 A written and visual complement to the documentary film of the same name, The Jesus Music brings the history of a movement to life.

Featuring Contemporary Christian Music artists across five decades, readers will experience the story that has united and

changed the lives of people around the world. The Jesus Music: A Visual Story of Redemption as Told by Those Who Lived It shares that story: people creating something they

wanted, something that never existed before. Written by music and film historian Marshall Terrill, the book accompanies a documentary film by

award-winning directors Jon and Andy Erwin; this written and visual narrative of the genre features historic concerts and candid behind-the-scenes photographs throughout.

The Jesus Music explores the history, evolution, and redemptive thread of Contemporary Christian music over the last fifty years as it spans the

TobyMac, as well as the stories of dozens of additional Christian artists.