Work Without the Worker 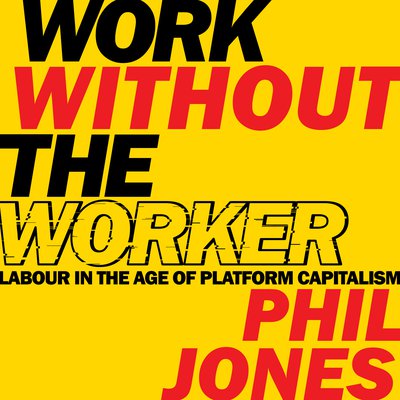 Work Without the Worker

Labour in the Age of Platform Capitalism

Automation and the decline in industrial employment have lead to rising fears of a workless future. But what happens when your work itself is the thing that will make your job obsolete?

In the past few years, online crowdworking platforms—like Amazon's Mechanical Turk and Clickworker—have become an increasingly important source of work, particularly for those in the Global South. Here, small tasks are assigned to people online, and are often used to train algorithms to spot patterns, patterns through machine learning those same algorithms will then be able to spot more effectively than humans. Used for everything from the mechanics of self-driving cars to Google image search, this is an increasingly powerful part of the digital economy. But what happens to work when it makes itself obsolete. In this stimulating work that blends political economy, studies of contemporary work, and speculations on the future of capitalism, Phil Jones looks at what this often murky and hidden form of labor looks like, and what it says about the state of global capitalism.