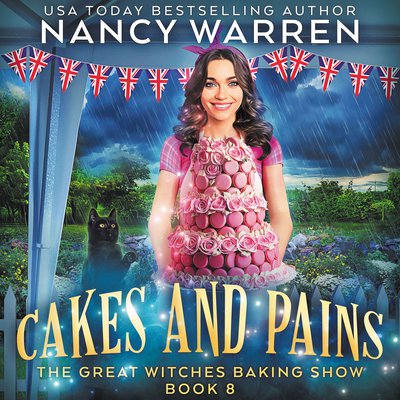 Baking and betrayal are a recipe for murder!

Poppy's happy in her new role as baker at Broomewode Inn, exploring her powers as a witch and enjoying the friendship of Benedict Champney. However, when Benedict's father, the Earl of Frome, insists on running a fox hunt, Poppy's outraged. She calms down when she learns they don't use a real fox, just a scented rag for the hounds and hunters to follow, but someone is being hunted. To death.

Meanwhile, Poppy's meeting a woman who she believes once knew her mother and feels she's getting closer to the mystery of her birth. Until the woman disappears.

It's the semi-finals in The Great British Baking Contest and tensions are running high for the three remaining contestants. Who will win? And will Poppy stay alive long enough to find out?

Join Poppy and her friends in this 8th novel in The Great Witches Baking Contest series of paranormal cozy mysteries. There's humor, quirky characters, a little romance and no bad language or gore. Oh, and recipes!