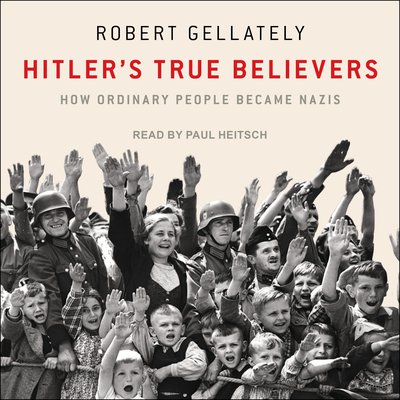 Understanding Adolf Hitler's ideology provides insights into the mental world of an extremist politics that, over the course of the Third Reich, developed explosive energies culminating in the Second World War and the Holocaust. Too often the theories underlying National Socialism or Nazism are dismissed as an irrational hodge-podge of ideas. Yet that ideology drove Hitler's quest for power in 1933, colored everything in the Third Reich, and transformed him, however briefly, into the most powerful leader in the world.

How did he discover that ideology? How was it that cohorts of leaders, followers, and ordinary citizens adopted aspects of National Socialism without experiencing the "leader" first-hand or reading his works? They shared a collective desire to create a harmonious, racially select, "community of the people" to build on Germany's socialist-oriented political culture and to seek national renewal. If we wish to understand the rise of the Nazi Party and the new dictatorship's remarkable staying power, we have to take the nationalist and socialist aspects of this ideology seriously.