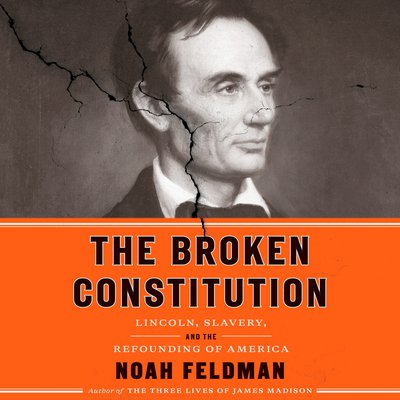 Lincoln, Slavery, and the Refounding of America

This program is read by the author

An innovative account of Abraham Lincoln, constitutional thinker and doer

Abraham Lincoln is justly revered for his brilliance, compassion, humor, and rededication of the United States to achieving liberty and justice for all. He led the nation into a bloody civil war to uphold the system of government established by the US Constitution—a system he regarded as the “last best hope of mankind.” But how did Lincoln understand the Constitution?

In this groundbreaking study, Noah Feldman argues that Lincoln deliberately and recurrently violated the United States’ founding arrangements. When he came to power, it was widely believed that the federal government could not use armed force to prevent a state from seceding. It was also assumed that basic civil liberties could be suspended in a rebellion by Congress but not by the president, and that the federal government had no authority over slavery in states where it existed. As president, Lincoln broke decisively with all these precedents, and effectively rewrote the Constitution’s place in the American system. Before the Civil War, the Constitution was best understood as a compromise pact—a rough and ready deal between states that allowed the Union to form and function. After Lincoln, the Constitution came to be seen as a sacred text—a transcendent statement of the nation’s highest ideals.

The Broken Constitution is the first book to tell the story of how Lincoln broke the Constitution in order to remake it. To do so, it offers a riveting narrative of his constitutional choices and how he made them—and places Lincoln in the rich context of thinking of the time, from African American abolitionists to Lincoln’s Republican rivals and Secessionist ideologues.