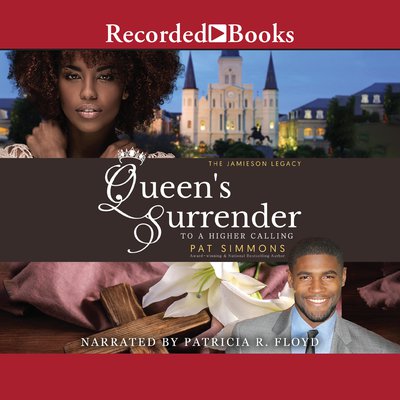 To a Higher Calling

Opposites attract … or clash. The Jamieson saga continues with the Queen of the family in this inspirational romance. She's the mistress of flirtation but Philip is unaffected by her charm. The two enjoy a harmless banter about God’s will versus Queen's, who prefers her own free-will lifestyle. Philip doesn't judge her choices—most of the time—and Queen respects his opinions—most of the time. It's perfect harmony sometimes.Queen, the youngest sister of the Jamieson clan, wears her name as if it’s a crown. She’s single, sassy, and, most of the time, loving her status, but she’s about to strut down an unexpected spiritual path. Love takes no prisoners. When the descendants of a royal African tribe on her father’s maternal side show up and show off at a family game night, Queen’s vanity is kicked up a notch. The Robnetts take royalty to a new level with their own Queen. Evangelist Philip Dupree is on the hot seat as the trial pastor at Total Surrender Church. The deadline for the congregation to officially elect him as pastor is months away. The stalemate: They want a family man to lead their flock. The board’s ultimatum is enough to make him quit the ministry. But can a man of God walk away from his calling? Can two people with different lifestyles and priorities cross paths and continue the journey as one? Who is going to be the first to surrender?