I'll Never Be French (no matter what I do) 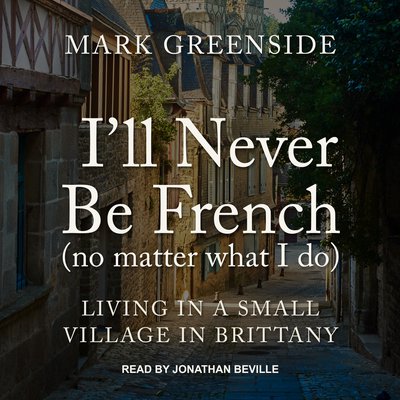 I'll Never Be French (no matter what I do)

Living in a Small Village in Brittany

When Mark Greenside—a native New Yorker living in California, political lefty, writer, and lifelong skeptic—is dragged by his girlfriend to a tiny Celtic village in Brittany at the westernmost edge of France in Finistère, or what he describes as "the end of the world," his life begins to change.

In a playful, headlong style, and with enormous affection for the Bretons, Greenside shares how he makes a life for himself in a country where he doesn't speak the language or understand the culture. He gradually places his trust in the villagers he encounters—neighbors, workers, acquaintances—and he's consistently won over and surprised as he manages to survive day-to-day trials.

Until he came to this town, Greenside was lost, moving through life without a plan, already in his 40s with little money and no house. So when he settles into the rhythm of this new French culture not only does he find a home and meaningful relationships in this French countryside, he finds himself.

I'll Never Be French (no matter what I do) is both a new beginning and a homecoming for Greenside. He has never regretted his journey and, as he advises to those searching for their next adventure, neither will you.