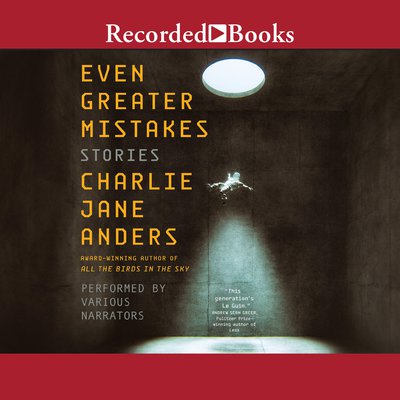 The woman who can see all possible futures is dating the man who can see the only foreordained future. A wildly popular slapstick filmmaker is drawn, against his better judgment, into working with a fascist militia against a background of social collapse. Two friends must embark on an Epic Quest To Capture The Weapon That Threatens The Galaxy, or else they’ll never achieve their dream of opening a restaurant. A trans woman is captured by an agency that brutally forces detransition by means of brain transplants—only to discover that the person overseeing her case is her childhood friend. And in the liminal space between the warring fragments of what was once the United States, a mysterious bookstore is the place where all the incompatible realities can touch. Here are delightful upendings of genre clichés and heartfelt revitalizations of classic tropes. Here is social commentary with teeth, and here are scenes of pantswettingly funny comedy. Here are characters and situations that by their very outrageousness achieve a heightened realism unlike any other. And here is one of the strongest voices in modern science fiction, the writer called by Andrew Sean Greer “this generation’s Le Guin.”