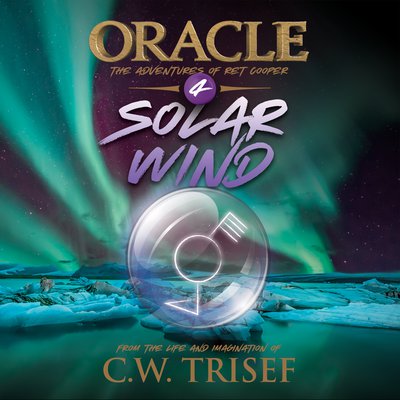 Change is in the air. Just days after adding the third element (ore) to the Oracle’s first two (earth and fire), Lionel betrays Ret before world leaders, blaming him for our planet’s recent catastrophes. Then Lye enacts sore revenge on the Coopers. The mounting burdens finally become too much for Ret, and he abandons his destiny to “cure the world.”

But the Oracle has much more to teach our young hero, even powers unseen. Wisdom finds Ret in the Arctic wilderness, where an old foe becomes a new friend and where a phenomenon in the sky illuminates Ret’s path. Meanwhile, however, Mr. Coy sees a fearful reflection of Ret that threatens to destroy their bond, and Ana learns a difficult lesson about one of society’s tragic yet invisible influences.

Things heat up and then really cool down as the quest for the fourth element (wind) extends to the bottom of the globe. Join Ret as he braves an abominable snow beast, ventures deep inside Antarctica’s most ancient glacier, and then needs help from a certain loved one as he comes face-to-face with his toughest challenge yet: himself.