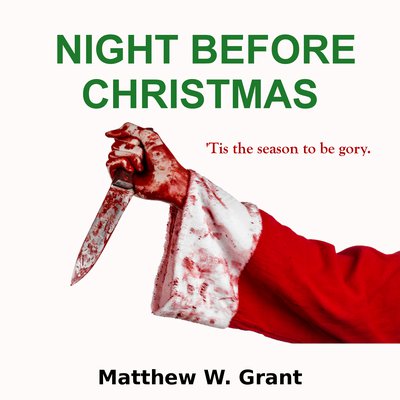 FBI Agent Ross Benson just wants to have a normal Christmas – not one with dead bodies under the tree. Not one in which he is stalked by a serial killer. Not one which dredges up every unbearable memory he's tried to repress.

Unfortunately for Agent Benson, the murderer known as the crazed Christmas Eve Killer has other plans. The determined and mysterious killer taunts the FBI agent with gruesome twists on classic Christmas carols describing the bloody holiday crimes.

Find out who gets exactly what they deserve for Christmas when Agent Benson's hopes for a happy holiday season are once again in jeopardy.

Remember, 'tis the season to be gory.