Clouds of War, The 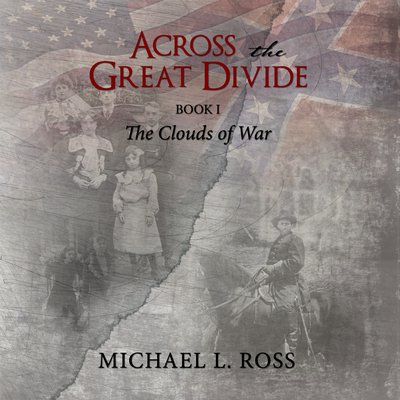 Clouds of War, The

A nation divided, a family torn apart, a love threatened, and a dream of freedom. Based on the true story of William D. Crump

Lexington, Kentucky, 1859. After saving John Hunt Morgan from a puma attack, fifteen-year-old farm boy Will Crump joins the Lexington Rifles, Morgan's militia. Morgan mentors Will and enrolls him in the local university, where he hopes to study law. Rising tensions between the North and the South force Will to choose between Morgan and his family and sweetheart.

Will’s sister Albinia, a friend of the Henry Clay family, becomes increasingly aware of the plight of enslaved people. When she finds Luther, trying to escape, she must decide between her conscience and her friends. She becomes involved in the Underground Railroad, helping slaves to freedom – but will it cost her love and her freedom?

Will’s other sister, Julia, is approaching spinster status and despairs of ever meeting a man who can give her more than life on a farm until she meets Hiram Johannsen, a son of immigrants who owns a steamship company. They marry and she makes a new life in the North. When Hiram answers the call to fight for the North, Julia runs the company and becomes a spy.

Luther is one of the first slaves Albinia helps flee the South after his master cruelly abuses his mother and sister. He escapes with his family, and when war breaks out, he fights for the North as an auxiliary of the Third Ohio Cavalry, alongside Julia’s husband, Hiram, and against Morgan and Will. Luther has to confront the demons of his past, an abusive master, and a slave catcher that kills his little sister. Will the desire for revenge destroy him?

Will and his family must somehow mend the torn fabric of relationships to find peace and reach Across the Great Divide.