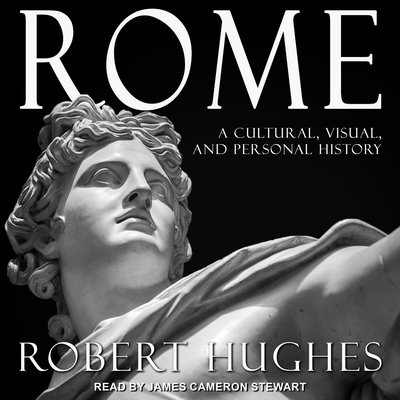 A Cultural, Visual, and Personal History

From the beginning, Rome was a hotbed of power, overweening ambition, desire, political genius, and corruption. Hughes details the turbulent years that saw the formation of empire and the establishment of the sociopolitical system, along the way providing colorful portraits of all the major figures, both political and cultural. For almost a thousand years, Rome would remain the most politically important, richest, and largest city in the Western world.

Having established itself as the artistic and spiritual center of the world, Rome in the seventeenth, eighteenth, and nineteenth centuries saw artists from all over Europe converging on the bustling city, even while it was caught up in the nationalistic turmoil of the Italian independence struggle and war against France.

Hughes keeps the momentum going right into the twentieth century, when Rome witnessed the rise and fall of Italian Fascism and Mussolini, and took on yet another identity in the postwar years as the fashionable city of "La Dolce Vita." Equal parts idolizing, blasphemous, outraged, and awestruck, Rome is a portrait of the Eternal City as only Robert Hughes could paint it.