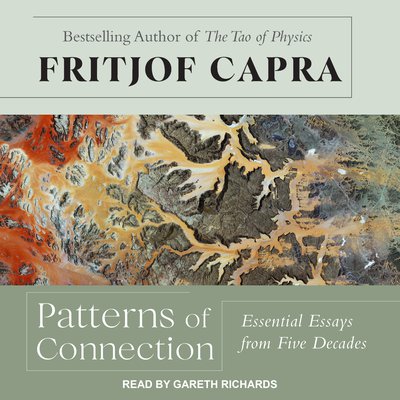 Fritjof Capra, scientist, educator, activist, and accomplished author, presents the evolution of his thought over five decades in Patterns of Connection. First introduced in the late 1950s to the work of Werner Heisenberg, a founder of quantum mechanics, Capra quickly intuited the connections between the discoveries of quantum physics and the traditions of Eastern philosophy—resulting in his first book, the bestselling The Tao of Physics. This synthesis, representative of the change from the mechanistic worldview of Descartes and Newton to a systemic, ecological one, went on to inform Capra's thinking about the life sciences, ecology, and environmental policy.

Today Fritjof Capra remains a major figure at the crossroads of physics, spirituality, environmentalism, and systems theory. Organized thematically and chronologically, the essays in Patterns of Connection document the revolutionary and far-reaching intellectual journey of one of the major public thinkers of the last half-century.