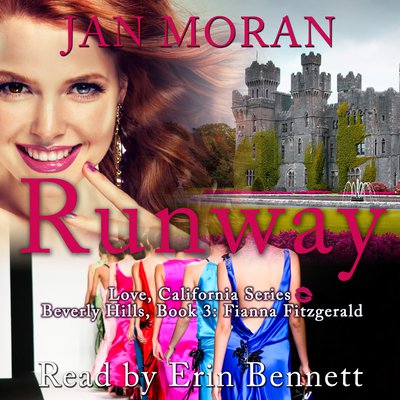 After Fianna Fitzgerald's debut runway show of her fashion designs, a walk on the Malibu beach with reclusive rock star Niall Finley nearly claims their lives when they get caught in high tides. Will the bond they form in those critical moments be enough to last a lifetime?

When Fianna left Ireland for America to follow her dream of becoming a fashion designer, she was determined to leave her family's ancient past behind and start fresh in Beverly Hills. Fianna never imagined that her goal would jeopardize her and those who work for her.

From the runways of Los Angeles to London, someone is trying to sabotage her debut season. As Fianna struggles between two vastly different worlds, her troubles mount, though her friends lend their support in her darkest hours.

Is the terror linked to her family's ancient feudal past, or something else? Furthermore, can she leave Ireland with her heart intact or will she lose it to only man she's ever loved?

Runway is the third book in the "Love, California" series of linked, standalone novels.